RndThis week is the annual national book convention, the Book Expo America (BEA). It is in New York. 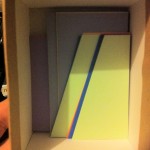 My first ABA was in New York City. I was an assistant buyer for Waldenbooks. At that time Walden’s was the largest bookseller in the country with 1200 mall locations. Waldens sold genre fiction titles better than any other retailer. I remember attending the ABA in Miami. It was a few weeks after the Lozano verdict that created riots in Miami. I remember going to dinner and the streets being quite empty. It rained a lot.

I have been at conventions in NYC, Anaheim, Los Angeles, Chicago, Miami and Washington DC. I missed the one in Las Vegas. But friends tell me it was 110 degrees and not pleasant. I also missed a few in the 1990s because the ABA had sued my employer, Random House. Since the ABA ran the convention, RH decided to not display for a few years. Other corporate publishers also pulled out including S&S, Penguin and Harper. Everyone is back now.

I remember the parties. I remember meeting numerous celebrities. It was fun. I met Reagan and Carter on successive nights. Ran into Oprah at the RH booth (she pulled her book after the BEA). I remember how gracious Tim Russert was with everyone (from that BEA I would text message sales reports to him). I can’t even remember how many writers I got to meet. It was always a thrill.

I don’t remember ever writing an order at any BEA. I don’t think it ever was much of a show for that. Although in the pre-computer days, people tell me that it was the main reason to go. But my experience was the show is made for flash and not business.

Today, the show has a semi-permanent home in NYC. Made it easier to just do it here every year. The other international book shows remain in the same place – Frankfurt and London and Beijing and Barcelona. So why not NYC?

The show has evolved. There is a full day prior devoted just to digital. There are IPDF and PubLaunch conferences aligned with it. The show is much more educational and less flash.

But I still enjoy it. I still get the thrill of seeing and meeting an author.

It is still a valuable experience.