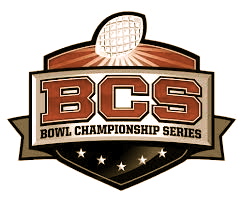 The BCS is coming to an end after 16 years. Although many college football fans want to complain, their track record of having the top two teams in college football play for the championship worked. It was far better than the previous system of using polls and allowing teams to claim #1 even if they didn’t play anyone of note in the bowl game.

No doubt, the transfer to a four team playoff from a two team one will be better. But it will also cause controversy because someone will be #5 and excluded. In college hoops, the tournament has been expanded to 68 teams and some complain then! So, no matter what, a school will feel left out.

I don’t think it should be expanded beyond the top four teams. This gives the regular season a lot of importance. This way if a team loses a game, they might not be in the running for #1. That is fine. This is college football and perfection is expected.

In the 16 years of the BCS, there have been 15 different teams from six different conferences and one independent (Notre Dame in 2013). The SEC has won the most with nine championships and possibly a tenth if Auburn wins. One year, two SEC teams played in the game. Alabama won the National Championship but didn’t even win their own conference.

Florida State and Oklahoma have each played in four championship games and Alabama, LSU and Ohio State three each.

College football has gone through so many recent changes. The conferences are all mixed up and some “super-conferences” are forming. RIght now the majors are expanding, SEC (14); ACC (14); Pac12 (12); Big10 (12) and Big12 (10). Yes, the Big10 has 12 teams and the Big12 has 10 teams. My guess is soon each of these conferences will have 16 teams in two divisions with a playoff. This might be the “preliminary” rounds. Take these five conferences and add in a single wildcard from the rest and that gives six potential teams. From that two will get eliminated but there will be four left.

This is a debate that will rage forever.

But the BCS brought sanity to a system that was formally built on random opinions, favoritism and not on the field.