Kickstarter Gold – A Look Back at The Rebel Girls

The world is changing. Going outside is prohibited. Customers are being forced to shop online for physical books. Amazon has deprioritized books. Now is the time that online book buying has a chance to break out of the Amazon dominance? Amazon is still going to be the market leader, but there is an opening for competitors.

New online stores like Bookshop.org and established mass merch like Walmart.com and Target.com are vying for the online bookstore. But even with their growth, are still a small percentage of Amazon’s dominance. Ingram is making a play with Aerio.com and some publishers are selling direct from their own site. There are many options and more being created every day. What about crowdfunding?

More publishers should look to Kickstarter and Indiegogo as an option, By crowdsourcing the project, hundreds or even thousands of copies are presold. The market has shifted and publishers are increasingly picking up more inventory risk. With the accounts buying small and JIT systems to reorder, the publisher has to hold more.

All of this lead me to look to crowdsourcing and more specifically Kickstarter as an online avenue to sell books. It works different than traditional publishing in that the pre-sold is what funds the printing and expenses.

In May of 2016, Francesca Cavallo and Elena Favilli started a Kickstarter campaign to launch their new project – a book titled GOODNIGHT STORIES FOR REBEL GIRLS. Their goal was $40,000 to print 1,000 books. From the opening video to the interior shots to why this was an important project, these two women delivered. It was the most successful book campaign on Kickstarter. 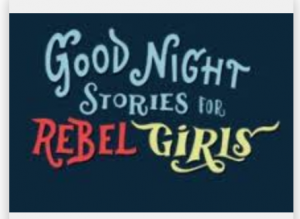 They raised over $600,000 for the book  Then took the campaign to Indiegogo and doubled the funds to over $1.2-million. It has now sold over 1-million copies worldwide and translated into 30 languages.  A few years later they raised over $800,000 for a second book and over $200,000 for a journal.

Their company Timbuktu Labs is on the verge of being a powerhouse.  They have branched out into merch, notecards, posters, podcast, and have started a deeper publishing program. Earlier this year, they signed a distribution deal with Simon & Schuster to get expanded book distribution.

The reach is beyond just their company though as numerous publishers (including new imprints from corporate publishers) have created imprints or lines of books that feature strong women from diverse backgrounds. Michelle King in Forbes has an excellent feature on the founders and how their success helped usher in an entire genre of publishing. Trend-setters.

Some numbers regarding the various levels. The bulk of the sales came from a simple purchase of the HC book ($35 pledge) and 2 copies ($67 pledge). At the lower levels,they offered ebooks and a 12-page coloring book. Both items of value but not expensive to create. At the top end, a workshop in the schools with the founders. 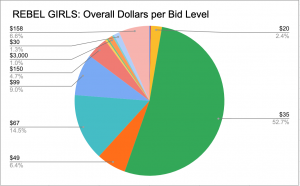 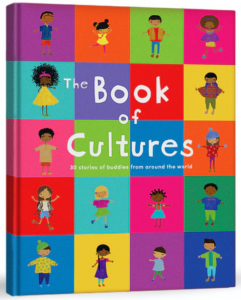 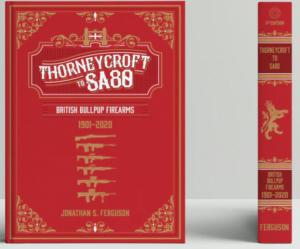 Kickstarter has been active in crowdfunding book projects and have hundreds of success stories. Although Art and Children’s book generally are the best sellers (visual works better on the platform plus posters from it can be used as swag), publishers could sell most any book. Success stories range from THE BOOK OF CULTURES raising over $120,000 to Headstamp Publishing’s title THORNEYCROFT TO SA-80, a book on British firearms that has raised almost $400,000.

There are also hundreds/thousands of projects that have raised $5,000-$10,000. That would cover a HC limited edition and then the “regular” edition would be published in paperback and ebook. This would eliminate upfront inventory risk and increase hard-cover profits. For a good look inside Kickstarter, check out Vera Lovici’s blog post about a visit to their hq as an student in the NYU MS in publishing.

Kickstarter is not the solution to publishing – but it could be for certain publishers. There are a lot of success stories. As the risk with HC books rise, there will remain a audience for a quality hardcover book. Kickstarter is an option and as the publishing paradigm shifts,so do creative ways to sell books.