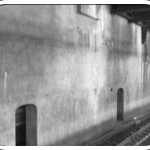 Last week, Barnes & Noble announced a color version of their eReader the Nook.   Although B&N has been the leader in bricks & mortar book sales and has driven a lot of innovation in bookselling, they have been behind Amazon regarding eReaders.   But with this move, B&N nook takes the innovation lead over the Kindle.

Sure, Amazon reacted that color is not imporatant and that it isn’t that big a deal.

Who knows who is correct?   I tend to think that color is a game changer.   Apple opened up the eBook world to an entire new type of book with their iPad.  Why not color?   I feel that Amazon Kindle will counter one day with color.   They say there are no plans to do so.   But then Amazon just announced a ‘lending policy’ that copies B&N’s nook.  When B&N announced it, Amazon was dismissive of the idea.

iPad delivers color for reading books.   Now some of the B&N Nooks also will have color.   Smartphones have color screens.

Once upon a time, all eReaders were B&W.