eBooks – a market that is ‘bigger than itself.’ 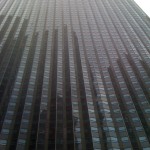 B&N nook announced they have 25% of the eBook market.

Kobo announced that they have 10% of the eBook market.

Apple announced that they have 10% of the eBook market.

Amazon didn’t announce anything regarding their eBook marketshare (they are too busy becoming a publisher). But most estimates have them between 60%-70%. Split the difference and it is 65%.

But what about Google? Sony? All of the other eBook vendors? Publishers selling direct to consumer like Harlequin and Ellora’s Cave?

I realize this is a highly competitive emerging market. These accounts are fighting for adopters, customers, faith and signs that they are making headway. I wish they were all right — the more the merrier. But the math doesn’t add up.

I would love to see an independent organization report the market share. Individual publishers know exactly which retailers are selling their books. Can’t something be done to aggregate these numbers and give the industry real numbers and not press release exaggerations?