I have been consulting for five fulfilling years. I started 38enso after I left the corporate world in Feb 2009. 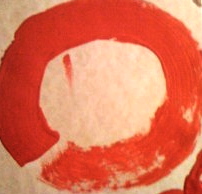 When I started consulting, Amazon’s Kindle was a year old and eBooks were just starting to make a dent in the industry. B&N Nook was viewed as a real challenger to Amazon. Apple had not even released the first iPad. The retail eBook market was just starting out.

Today, five years later, Amazon is still in charge but they have evolved every year. Apple is a solid second place although they are still a long ways away. B&N Nook continues to drop in sales and many wonder what is next for them.

I started consulting as many publishers had just started (or not at all) into the digital realm. Many knew they had to set up a workflow, but were not sure of what the next steps were.

I also was able to experience first hand the controversies regarding ebooks and public libraries. Overdrive has been in the space longer than anyone and was the leader then and still is. Although 3M and Baker & Taylor Axis 360 have entered the space.

I also was able to help 6-7 start-ups to enter the publishing world. In addition to consulting for that group, I also probably spoke with 30+ companies. The disruption of the industry opened up an entire new revenue stream and opportunities for new companies. Most will not make it, but the ones that do have and will be part of the new way to sell and market books (print and eBooks).

I am lucky in that I was consulting during a time of great change. The change and the uncertain future opens up opportunities for a need for outside expertise. I was able to absorb a lot of new ways of doing things, hear a lot of new ideas and be completely outside the bubble but still understand the impact.

I am now putting my consulting company on hold.

I have accepted a full-time position with Highlights/Boyds Mills Press – the book division of Highlights for Children. The time is right to go back to a publisher. Highlights is a wonderful company with a strong brand and major upside. I am excited to be working for them.