Harrison Ford Should Win the Oscar for Han Solo 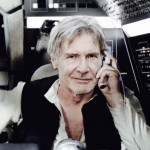 Although the Academy seldom rewards actors for starring roles in blockbuster movies, it would be refreshing if they gave the Best Actor Oscar to Harrison Ford.

I enjoy STAR WARS, but am not a rabid fan engrossed by the enormity of it. Ford’s portrayal of Han Solo in STAR WARS: THE FORCE AWAKENS was the best performance of the year.

Generally the Best Actor award goes to a role as a historical figure (Lincoln, Idi Amin, Ray Charles, Truman Capote, Harvey Milk, King George VI, Stephen Hawking) or a character that overcomes some major obstacle. But this year, why not give it to an amazing performance in the creation of one of the greatest characters in all of movie history?

Harrison Ford deserves not only to be nominated, but he deserves to win.