9 Business Lessons from the Boss 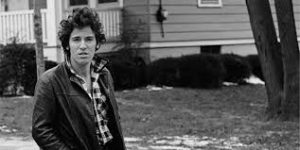 Just finished Bruce Springsteen’s masterful memoir, BORN TO RUN. I am a fan of his music, but am not a “super-fan” and didn’t know a lot of his life. Springsteen is one of the most successful musicians of a generation. Besides his incredible talent and his will to perform, I found many valid business lessons in his story.

More than just a rock bio, this is a lesson is business and living a good life.