The New York Times Bestseller once upon a time had no separate Children’s book lists. Occasionally a book for children would pop onto the list. But for the most part, the book would hit low on the list and go away quickly. But, as with almost everything else Harry Potter related, things changed once J.K. Rowling’s titles hit the USA.

It all started innocently enough on the December 27, 1998 list. HARRY POTTER AND THE SORCERER’S STONE debuted at the bottom of the list at #16 (with an asterisk that it was tied for #15 – the list only goes 15 deep). The synopsis: “A Scottish boy, neglected by his relatives, finds his future attending a school of witchcraft.”  The description was later changed to “A British boy finds his fortune attending a school for witchcraft.”

Throughout 1999 –  January, February, March, April, May and most of June, STONE remained on the list bouncing from #6-#10.  A long run for any hardcover on the list, but not unprecedented.

On the June 20, 1999 list HARRY POTTER AND THE CHAMBER OF SECRETS debuted at #1 on the NYT List. STONE was #7 and had been on for 26 weeks. Both books remained on the list in the #3-#7 range for a few months. The third book had been released in the UK and the demand in the US was rising steadily although it wasn’t available stateside.

It has always been a goal of most writers to make it onto the NYT list. There were author bonuses, bookstores would discount and promote books on the list, and publishers gauged success and celebrated when making the list. But now, there were three Harry Potter titles at the top, and there was no sign of them ever leaving.

It was announced that the fourth book, HARRY POTTER AND THE GOBLET OF FIRE would be released in July 2000. Unlike the first three, this was when the launch parties started. This was the first book to published after the enormous sales had been established. This title would be one more book “clogging” the list and keeping other titles off the list. What is to be done?

The New York Times solution was to create a Children’s only bestseller list. The debuted on July 28, 2000 with the top four titles Harry Potter. 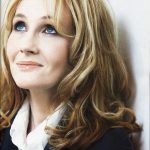 But that is not the end of the impact. Because the Harry Potter titles (eventually seven) dominated the Children’s list, the Times created a separate list for Children’s Series.

The amazing success of Harry Potter has had a major impact on the world. The books are record setting, brilliant and a story for the ages. The books were so impactful that they altered the way the New York Times, the most prestigious list in the book world, reported on books and forever changed the way the NYT Bestseller list looks like.