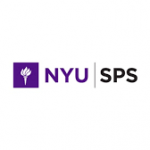 One night last summer I couldn’t sleep and was surfing the internet. I stumbled across a few articles on POTTERMORE, the start-up web site founded by J.K. Rowing. After five years, they announced their first profitable year. I thought, if it takes five years to break even for one of the strongest brands ever, then what chance does anyone else have?

I then started to think back to the previous decade and all of the start-ups entering publishing. The rise of digital (in ebooks, audio, marketing, publicity, data, etc) has created untold opportunities. But, opportunity does not always lead to success. Frankly, the majority of the start-ups failed. I focused on some of them, but I actually wanted to look at the success stores more. I had consulted (formally or informally) with dozens after I founded 38enso Consulting. So, I had insight to the mentality of various publishing start-ups.

I wrote up a rough outline and sent to Andrea Chambers, head of the NYU SPS Masters Program in Publishing. She liked the idea but had some suggestions to the format to make the class fit better with NYU standards. We went back and forth 6-7 times to get it right. I enjoyed the collaboration as the class was being built.

The class was offered as a 7-week elective in Fall 2017. Not enough students signed up. So, it was postponed.

It was offered again in Spring 2018. This time, 19 people signed up. I had planned for less than 10. So, immediately pivoted and changed aspects of the course.

The first class was in late January, and the last class was this week. Final papers are graded and will soon post the grades.

So what did I learn?

It is an enormous amount of work preparing 2.5 hours of lecture on a weekly basis. It is necessary to create at least and extra hour of material.

We also did a very-deep dive on Amazon. Given that they were a start-up just 20 years ago. Plus, Amazon is involved as a competitor, partner or parent to every one of the 20 start-ups . Amazon is everywhere — as most in publishing know, but their depth and expansion into so many areas is amazing

One of the pieces used to evaluate Start-Ups was from a TedTalk by Bill Gross, founder of IdeaLab: