Wattpad just announced the creation of Wattpad Books with an inaugural list of six titles in Fall 2019. Callisto Media is a publisher that scrubs Amazon data and publishes books to fit niches. Swoon Reads (Macmillan Children’s) builds their list from readers submissions. Inkitt helps self-published authors with feedback and then publishes the most popular.  Amazon has been using reader data for a decade to influence their publishing. These are just five examples of data-driven publishing.

Wattpad Books states they will be “combining human editorial expertise with Wattpad’s Story DNA Machine Learning technology.”  Quite a phrase! They then go on to quote some impressive statistics; 565-million story uploads and a global audience of over 70-million. Wattpad signed up with Macmillan (US) and Raincoast (CA) so there is distribution muscle behind their product. They are focusing on YA titles because that is the biggest part of their audience. 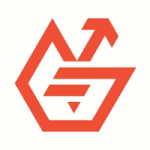 Callisto Media has been in business for almost a decade. Their mission statement is “Big Data is disrupting the world’s largest media industry, ushering in a new age of predictability, profitability, and explosive growth. Consumers no longer have to choose among products that only partially meet their needs. Authors can expect consistent success. This is the new world of publishing. This is Callisto Media.” They started selling via Amazon and now have expanded into bricks and mortar. Their success has been driven by cookbooks and self-help. In some ways, slicing categories into even more specific areas has been a winning formula.

Swoon Reads is a bit different in that they were created within a massive corporation, Macmillan. Their model is also crowd sourced. They don’t push the data angle as much as the others, but have been effective in crowd sourcing this information. They recently signed a deal with A+E to develop programming. 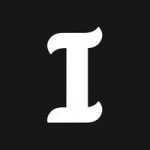 Inkitt has had success turning self-published books into Amazon best-sellers. They state they are “the world’s first reader-powered book publisher, offering an online community for talented authors and book lovers.” They select the titles that get the most action from the community.

Amazon is all about using data to publish books. Driven by the largest single source of self-published sales data, they have used that to influence their various imprints. Other publishers can not get at this information and this has given Amazon a competitive advantage in many genre categories that drive self-publishing – Romance, Thrillers, Mystery and Fantasy.

I am sure there are others that fit this “data-driven” publisher category. In many ways, all publishers are driven by what sells and research. Every title today has comp titles that help drive the distribution and promotion.

There were also numerous companies established at the onset of ebooks that promised reader data and information. But, most had difficulties makingthe model work. Two that come to mind are:

Technology allows this to happen. In many ways, it is not much different than what Reader’s Digest did 50 years ago. At one time, Reader’s Digest was the largest and one of the most profitable publishers in America. Through the monthly magazine and reach to their millions of readers, RD was able to create books based on interests like Sewing or Home Repair. They would then sell millions direct (data – they had the customer’s names) and also did quite well in retail.

I teach a course on publishing at NYU. One of the assignments is to come up with a publishing related project. Over the years, there have been suggestions for Buzzfeed Books, Scribd Books, Gawker Books, Youtube Books, etc. As publishing moves ahead, I am sure there will be more websites that look into their readers and decide it can be done. That they can publish books and have an inside scoop on what the reader wants.

I am sure there will be successes, but readers are fickle and many times what looks good in the data, fails when consumers have to put down real $$$$.