“The Mueller Report – The Redacted Edition” is one of the most discussed and debated titles of the day. This is not a political review. This is a perspective on the publishing of this document and how the words get to the readers.

Typing in “Mueller” on Amazon, almost 50 books come up. Most are self-published and appear to be a direct copy of the report with no extra effort to make it more reader-friendly. These editions are available in both Kindle ebook and a POD paperback.

The top two titles that show up are both sponsored. The publishers have “won the phrase” in the Amazon Ads marketplace.

The top sponsored title is from Skyhorse. They were the first traditional publisher to announce and have an introduction by Alan Dershowitz. The paperback is listed at $9.20 ($12.99 retail).

The second sponsored title is completely different. It is a self-published novel titled ADALINE by Denise Kawaii. The copy reads: Enter the world of Adaline, where humanity has been made perfect. An advanced A.I. has made sure that every person is in their place, living in harmony within the community. Everyone is equal, living in the contented bliss of a structured life where every need is attended to with mechanical precision. That is, until one of the cloned children discovers that he is remarkably different. It is $0.99. I’m buying it. I applaud her for grabbing this second spot. I don’t know the sales spike, but it is getting her title in front of hundreds of thousands of readers.

The rest are not sponsored but based on the Amazon algorithm. The aforementioned Skyhorse title comes up again. This time both the paperback and the ebook ($7.99). Skyhorse has their title twice in the first three spots. That is also smart and positions them well. The next title is from Scribner (S&S) in conjunction with

The Washington Post ($10.50 pb with a $15.00 list and $7.99 ebook) followed by the mass market version from Melville House ($7.40 pb with a $9.99 list and a $1.99 ebook). The sixth listing (but fifth title since Skyhorse is listed twice) is the audio version from Amazon-owned Audible. It is free with an Audible subscription. Then there are four self-published versions with unique cover art on them. One of the editions is split into two volumes. 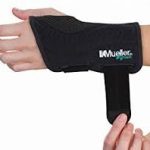 The next two entries are not books at all. They are knee and back braces from Mueller Sports Medicine. I wonder if their sales have increased?

Then the entire list starts to get chaotic with dozens of self-published editions. I can’t imagine anyone buying these.

Outside of the Amazon world there has been smart plays by independent bookstores (Shakespeare & Co in NYC and Harvard Book Store in Cambridge) with the Espresso Book Machines. They have been using the technology of print-on-demand to have copies available immediately in the stores. It takes about 10 minutes to print and bind the 440 page report. Skyhorse, Scribner. and Melville House editions won’t be in stores for a few more days. So these stores have been selling copies 10 days ahead of others.

My favorite is still the searchable PDF available everywhere. Here is a link to Slate’s version on Scribd.

One note – the Amazon lists are fluid and change hourly. So, my results may differ from yours. But, what has been consistent since the announcement of the report, is the Scribner, Skyhorse, and Melville House editions have all been in the top sellers and current sit at #1, #4 and #10 overall.

Another note – there is an edition listed from Random House with introductions from three huge names, Jon Meacham, Michael Beschloss, and Evan Thomas. But it is only listed as a $1.99 Kindle edition and is unavailable.  Probably a metadata feed that went awry. But I would love to read the perspectives of these three award-winning historians on this “living history.”