Penguin Random House made two acquisition announcements over the past few weeks, they purchased 45% of independent publisher Sourcebooks, and they also bought the assets (2,000 titles) of bankrupt publisher F+W Media. These purchases are not unusual, as over the past five years, more than 150 publishers have been absorbed by other publishers. The majority have been bought by the corporate giants (PRH, S&S, HarperCollins, Hachette), but smaller publishers are buying others and even investment firms like Trustbridge are picking up publishers.

Why is this happening In an industry that is flat and distribution to the market continues to consolidate? What is the value of a publisher?

Intellectual property — as the saying goes, “content is king.” That is true to a degree, because that is ultimately what the consumer wants. There is a mentality to acquire as many titles as possible. Take the best and keep selling them, look for the underserved gems to repackage, and clean out the titles that no longer have an audience. Not all content has value. Some of the content is junk and needs to be sorted through. The 80-20 rule applies to publishers also — in that 80% of the sales come from 20% of the titles.

Vertical integration and ownership — dominance in a category leads to power. By “cornering the market” on a specific genre, the publisher can control the message and own the community. The publisher can have a more direct relationship with the consumer, control the distribution and message, and use as leverage against Amazon dominance. Many formally independent publishers were successful by focusing on an area. Now those publishers are being scooped up by the

Economies of scale — big publishers have a lot of overhead expenses. By adding hundreds (or thousands) of titles at once, the publisher can chip away at their costs. This is especially the case in the warehouse, sales, finance, systems, production, shipping, and any other area that is not specifically tied to the creation of the content. PRH and S&S have expanded warehouse space over the past few years and the closer to capacity they are running, the more they can make.

Founders getting older — successful independent publishers were/are created by powerful personalities who were able to transform their vision into reality. These publishers are driven by the leader. But after 25+ years, many of these entrepreneurs are ready to cash in. Publishing is a low margin business with constant threats from Amazon’s power and B&N’s decline. Generally there is unlocked value in the assets of a publisher that has been ready to sell for a few years. These founders are (well-deservingly) ready to cash in. Corporate publishers are ready to oblige. A “win-win.” 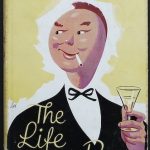 This consolidation is nothing new. Publishers have been combining and buying one another for a decades. Bennett Cerf started Random House in 1927, two years after he and Donald Klopfer acquired the Modern Library imprint that became the foundation for the new publishing venture. Today, that company is part of Penguin Random House and is made up of at least 250 formally independent publishers.

Will it continue? Sure.

Consolidation of publishers is the wave of the past, present, and the future.