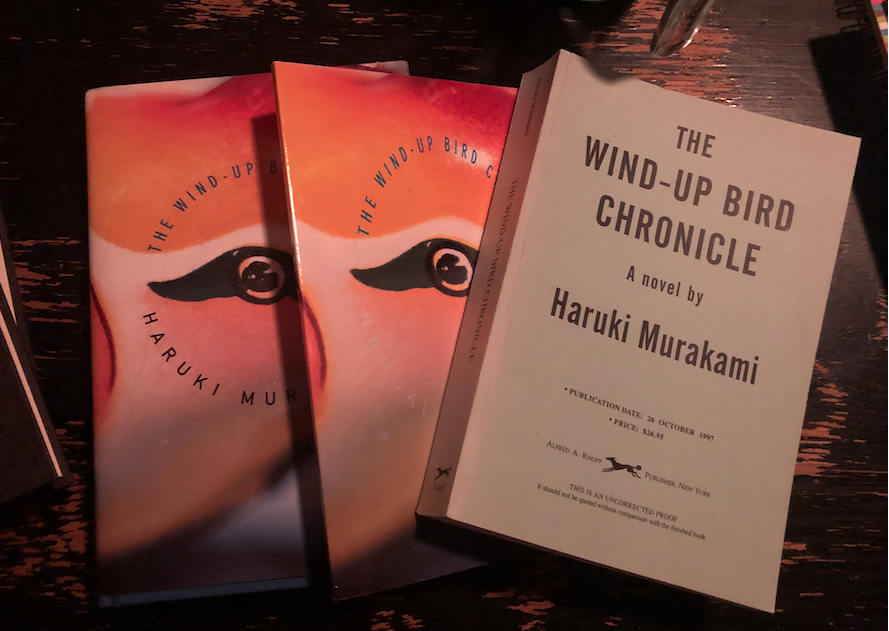 The other day one of the Gen Z’s in the office mentioned that she once read Haruki Murakami, but all his recent books seem the same. Could this be true? I’ve no idea. I have only read the earlier ones.

I was the national accounts sales director at Knopf. I was about the same age then as the Gen Z mentioned above. This was when almost everyone from publisher would go to sales conference at a resort for 10 days. I think we were at Camelback outside of Phoenix, AZ. Each book was presented and discussed – some for 30 minutes or more. We would listen to editors talk up books but more importantly the sales reps could pontificate about a book they loved.

One of the more seasoned reps, Howie from the Bay Area stood up and started to talk about the greatness of Murakami. Howie was a crazy dude, who was known to champion the most obscure titles. He scared me a bit. He gave a 10 minute impassioned speech for THE WIND UP BIRD CHRONICLE. This publication was in hardcover and Murakami had not had a USA bestseller yet. I think he sold less than 5,000 of his previous titles. I don’t remember what Howie said, but it was convincing. That night at the party (every night there was a free bar), Howie gave another speech about the book.

I had to read it, I had to read Murakami. I did. WIND UP BIRD is not an easy read. It is confusing, It is here, it is there. Where? Is that a tower? Is that a talking cat?  Am I listening on the radio or is it in my head? Is this my beautiful wife? Exactly.

It worked for me. It opened me up to novels and the possibility that the real is not real. I became fascinated with Murakami.

I gave copies to my family — and they are “what is this?” But read WIND UP BIRD and you will be changed. This book is that profound.

I went on to read every Murakami that had been translated at that time:

I went back and read (with pub dates): 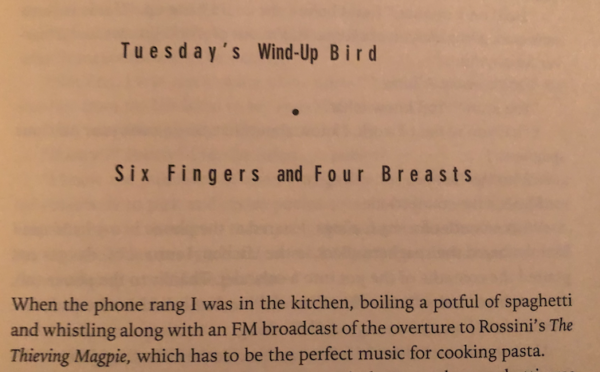 I did go back and read one last novel:

COLORLESS TSUKURU TAZAKI AND HIS YEARS OF PILGRIMAGE (2013)

Until I just stopped. It did seem like books were repeating (they probably weren’t but this is my warped perspective) – perhaps the Gen Z editor was right?

And I am sure his new stuff is great…

But there are so many great writers to discover, and only so much time. 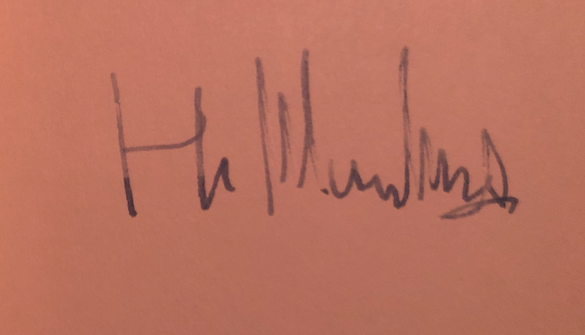