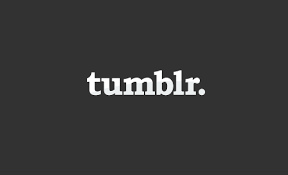 Tumblr is a blend between Twitter and a Blog.  Many use it as a blog.  I prefer it for photographs and art.   It is much more visual than Twitter and the posts mean more.  A post on Twitter is for a fleeting moment — it is disposable.  But a post on Tumblr is more meaty.

Foursquare is a location tracking device.  Basically the user ‘checks in’ at every location they visit.  If they visit enough, the user can become the mayor of the place.  It’s fun but also a bit stalkeresque.  I do see how business can use it to promote.   For example, I was in Starbucks the other day.  I went to my Foursquare account and checked in.   Then I looked at the nearby stores.  The Gap was about three stores away and had a special 30% off for Foursquare users.  I went in and shopped.  Location-based sites have just started to blossom.

Web-based marketing, social networking, living on the web — it is all growing.  It is fundamentally changing the way we live.   Embrace it for it will not be going away…. ever.