Borders did a lot of things right too… 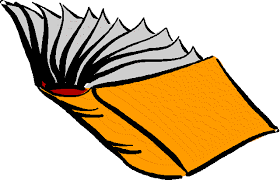 Everyone knew it was going to happen. Today Borders finally gave in and filed Chapter 11. This is reorganization so it isn’t the end… yet. But it is a sign that they are in serious trouble. They have announced 200 of their 600 stores will close.

I am not going to write about all the things Borders did wrong. I did that a few weeks ago. But that is easy. Plus does it matter? I have been reading a lot of articles that basically state the same thing — Borders missed the internet; Borders missed eBooks; Borders had bad leases…

But Borders did a lot of great things in their day.

1) Trade paperback tables – sure every bookstore has tables. But Borders was able to take the strength of their national locations and put math titles, science titles, fiction from small presses etc on the tables and sell them. There were instances of Borders representing 75% of a trade paperback overall sale. Borders would take backlist and promote it. They put interesting books (and not Danielle Steel) on the tables. It worked and gave exposure to many titles that never would have broken out beyond a university market.

2) Inventory – at one time, Borders was the place for the best selection. Then the internet came along and selection was no longer an asset but a liability. The nature of selection means that the inventory turn was low — possibly 2 a year. This is not acceptable for most type of retailers. But Borders made it work. They supported all of an author’s books. They carried a vast list. Plus (in the beginning) they were able to control inventory better than anyone.

3) Competition to Barnes & Noble – I am a fan of B&N. But I believe competition creates growth. The race to open new stores spurred a golden age in bookselling. I believe B&N would not have been as strong if not for Borders pushing them. Borders also provided a balance to B&N. It gave publishers two major growth vehicles. If B&N didn’t want to support a book but Borders would do so – the book still had a chance. Coke needs Pepsi. B&N needed Borders.

4) Visits to Michigan – OK the annual January “Rep-o-Rama” was tough. But it was fun. It brought all publishers together in one room for two days. Not sure what official business was accomplished, but there were lots of informal talks and things got done. Today, publishers don’t get this 1:1 interaction and face to face talks. The spontaneous creativity that comes from small-talk is gone. There were many creative ideas that were discussed and implemented. Also, Ann Arbor is a nice place to visit – just not in January.

5) Buyers that cared about the books and were real ‘book people’ – The staff was top notch. The buyers smart and loved books. It was wonderful to talk books with them. Sure it changed over time as different corporate-led initiatives chipped away at the buyer’s expertise. I think the attempts to standardize the process took away from the uniqueness and killed the attitude of the selection.

The book-selling world has changed dramatically. In 2011, the Borders model of 100,000 books and a friendly reading atmosphere is no longer viable.

I am sad to see Borders die. They were a great bookseller. They had a good run. They didn’t adapt.

This is just a short list. Borders did a lot of things right.